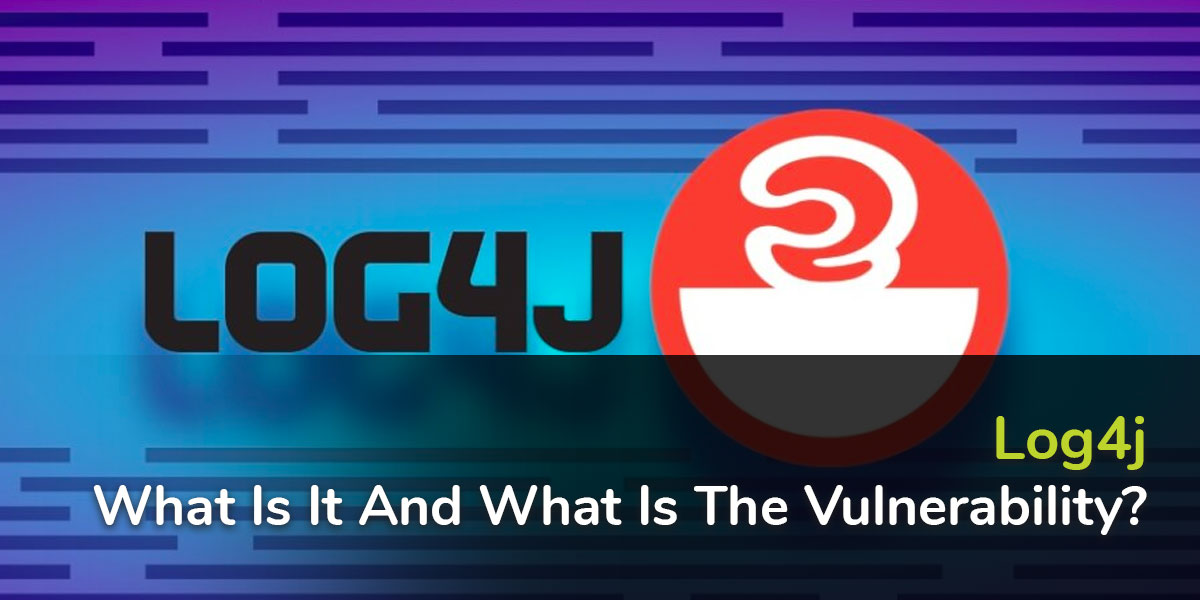 Log4j – What Is It And What Is The Vulnerability?

Log4j is a new computer bug that has taken the global cybersecurity world by storm!

While the set of computer codes known as Log4j is nothing new and has been in use by software developers to enable applications to keep track of their own activities, a massive vulnerability has been discovered in this coding system.

What makes it even more dangerous is that a huge amount of online services, from cloud storage to smart TVs make use of this code.

Why Is Log4j Dangerous?

New computer bugs are discovered all the time, and they are mostly not alarming. But, what sets Log4j apart is the sheer number of systems that make use of this code. If a malicious activity was to be performed with the help of this code it could potentially affect millions of devices across the world, simultaneously.

Most tech-based companies such as Amazon, Google, Microsoft, etc. make use of Java coding, and they inadvertently use Log4j codes. So, hackers across the world can now use Log4j codes to hack into these systems and perform various malicious activities including data theft. It’s not just limited to these big brands, but their systems and codes are used by many smaller brands, so they also face the same threat!

Does this mean every system in the world is being hacked right now?

Definitely not, but this newly discovered gap in cybersecurity definitely makes the process easier for hackers. Imagine if a thief had the master key to all the locks in a city; that is the current situation with Log4j!

What Steps Are Being Taken?

Ever since the Log4j breach was discovered on December 9th, all tech moguls have been relentlessly trying to recode their systems to remove all such codes that use Log4j. Google deployed a team of more than 500 coders to clean up their codes and they are not alone. It’s been a nightmare scenario for all tech companies across the world. So, it can be expected that in the near future this bug will be removed from all major systems.

However, this is enough time for hackers to take advantage of the systems and perform data theft. A major chunk of corporate networks across the world has started reporting malicious activity that they are trying to block.

Illegal Bitcoin mining is also being performed by many hackers with the help of this code. However, things got quite serious when the Israeli government’s portals were hacked into on December 15!

Why Is This Being Discovered Right Now?

It’s true that the Log4j bug had existed for a long time, almost as long as the code has been in use. However, neither cybersecurity companies nor hackers had any clued about this. It was discovered simultaneously by users in the video game Minecraft, and also by a researcher in the China-based eCommerce company, Alibaba.

So, what you can do right now is make sure all your apps and operating systems are updated to their latest versions and download any further fixes that are on their way!

Strong IT Backbone - A Must For Your Business