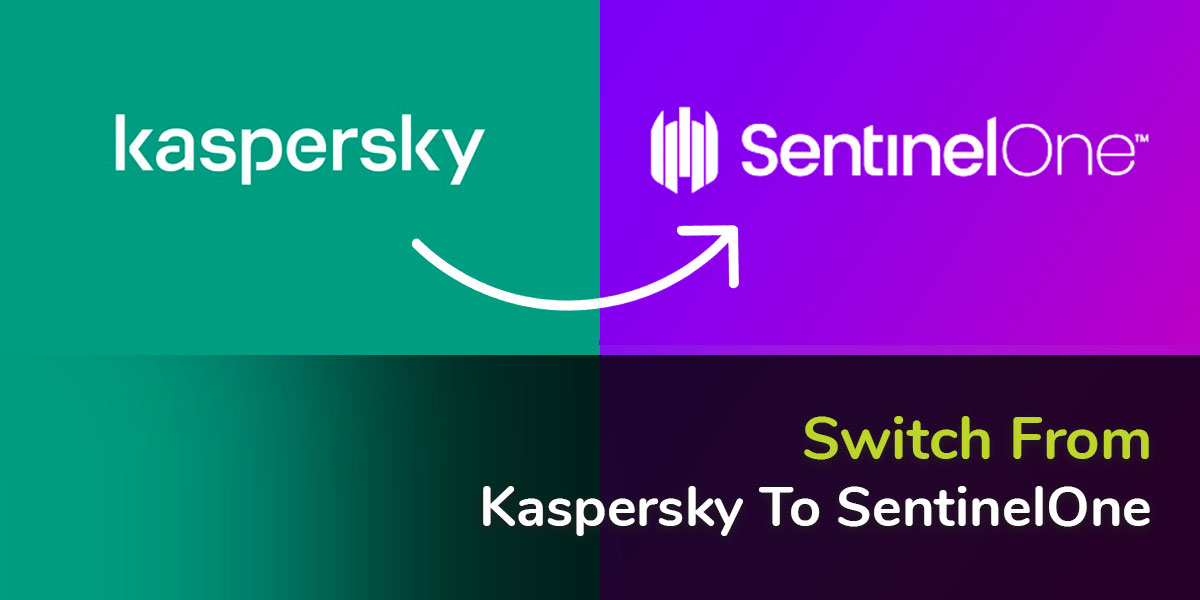 Switch From Kaspersky To SentinelOne

Recent geopolitical squabbles have recast cyber warfare as a major power factor. In an age when data is a prized asset of war, there are concerns about the level of intrusion that highly ambitious parties may engage in for selfish reasons.

One of the major concerns is the covert exploitation of corporations, particularly those in the IT industry, entrusted with sensitive data of foreign citizens and government agencies.

Why Is Kaspersky Being Scrutinized?

The 25-year-old company has a global customer base of over 500,000, making it a valuable utility for massive damage.

Russia’s unprovoked attack on Ukraine has raised concerns about the country’s corporate independence. Several countries, including Italy, Germany, and the United States, have expressed concern about the use of Kaspersky to prevent what they claim is the largest cyber invasion in history.

The United States has done the most to exert control over Kaspersky’s dominion. Former President Donald Trump signed legislation in 2017 prohibiting the use of Kaspersky products within government agencies for fear of jeopardizing intelligence.

As is common with most countries, the ban was met with accusations of espionage and links to the Russian government.

However, in each case, the company has denied the claims and stated its willingness to answer questions about the matter.

As a precautionary measure against a potentially catastrophic threat, the British Standards Institution has advised local Kaspersky users to seek reliable alternatives. The news has significantly disrupted Kaspersky’s market, as users seek alternatives such as California-based SentinelOne.

Businesses and high-risk individuals prefer companies that have proven to be dependable over a long period of time.

What Is The Difference Between SentinelOne And Kaspersky?

Kaspersky may be slightly more advanced in terms of security, but it is not significantly different from SentinelOne. However, experts believe SentinelOne is superior because its real-time functionality runs more smoothly, protecting endpoints without interfering with their core operations.

Because the two compete equally in terms of technical aspects, users should concentrate on their geopolitical factors.

Most businesses consider Kaspersky to be more dangerous because it is based in communist territories instead of SentinelOne, which is based in a democratic country.

Protection begins with a company’s leadership and partnerships, regardless of how advanced its technology is.

Because of its all-encompassing connection to our daily lives, data is currently the most valuable power factor for businesses and governments. Entrusting your data to the wrong hands exposes you to severe manipulation by exposing sensitive information such as your preferences, family background, and finances.