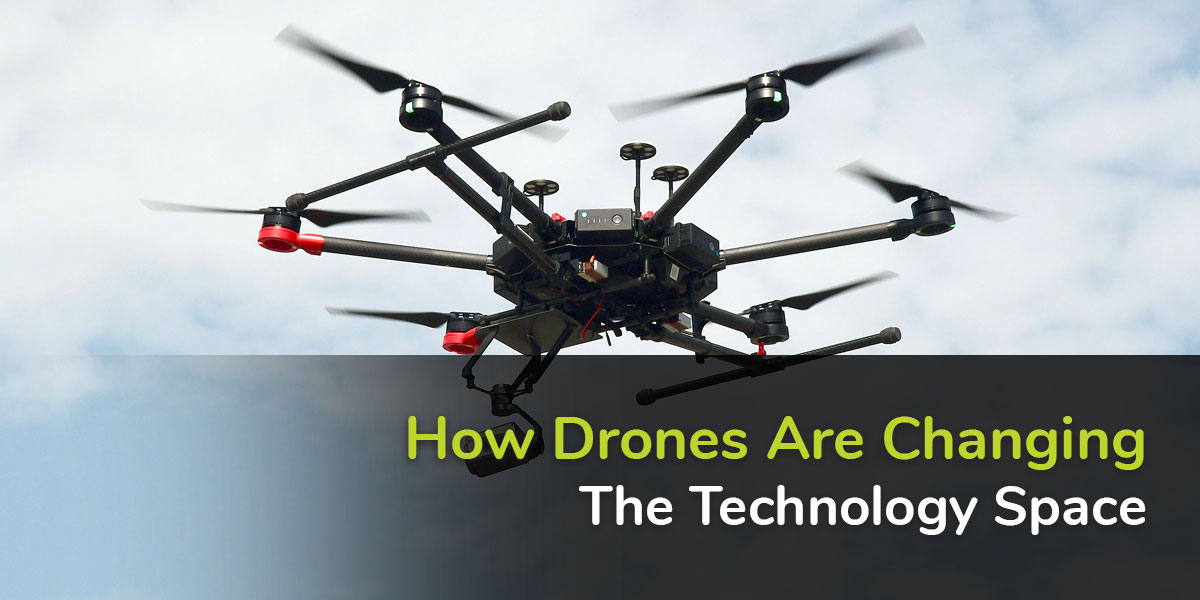 How Drones Are Changing The Technology Space

Drones, alternatively known as unmanned aircraft, have been revolutionary in how enterprises run business operations, as well as military and recreational purposes. Some of the world’s most successful corporations have attained operational efficiency by leveraging drone technology, mostly those in transition from land-based companies to online-based businesses.

In the golden age of digitization, technology is more accessible to everyone, and it has bridged a gap between demand and supply. Today, you can go online at the comfort of your couch and place orders to be delivered to your doorstep in a couple of minutes. Such convenience comes from multiple enabling factors in the technology space.

The application of drone technology in the modern world is ever-growing. Below is a list of industries leaping benefits from the rapidly advancing technology.

The commercial applications of drones are quite extensive. In the essential energy field, which is integral to all other modern industries, drones help collect massive data from varying altitudes and help network between mobile sensors. In the futuristic renewable energy field, unmanned aircraft are integral in solar energy farms. A combination of fast-rising technologies such as drones, artificial sensors, remote sensors as well as skilled inspection teams helps such firms attain economies of scale by increasing working efficiency and eliminating overreliance on non-essential personnel.

Among the ground-breaking applications of drone technology in healthcare, they have especially come in handy during the time of pandemic in noncontact dissemination of medicines, vaccines, and healthcare accessories to medical practitioners. Monitoring patients in quarantine zones poses minimal risks with drone technology. Application of such technology in healthcare is continually finding application in the pharmaceutical field, healthcare delivery, networking between different medical departments, and so much more!

Agriculture is one of the essential industries that takes time to adapt to modern technology. Drones have quickly integrated into large-scale agricultural operations and have been tremendous to the field. From irrigation management, daily monitoring of plant and animal farms as well as timely fertilization, drones have been a revelation in agriculture. Such working efficiency has increased productivity tenth fold with routine activities like applying fertilizer via drones 60 times faster than manual application.

Fire fighting is much more technical and requires assessing multiple aspects before implementing a workable fire extinguishing strategy. Traditionally, firefighters had to put themselves in compromising situations to assess fire situations, but with drones, they do not have to put themselves in life-threatening situations. They cover an array of functions, including thermal imaging, situational awareness applications, clarity through smoke and darkness, and giving first responders data on the size and direction of fire.

Drones are a generational innovation and are constantly evolving. The next phase of Generation 7 drones is already available in the open market and is much more effective than previous models. Intelligent drones are in the pipeline and will have more applications, including self-monitoring, built-in defenses, smart sensors with higher precision, and compliance mechanisms. Such will cut across major industries, including commerce, transport, logistics, and military.

The Growing Role Of AI In Cyber Security

What Is SOC2 And How Does It Apply To Businesses?