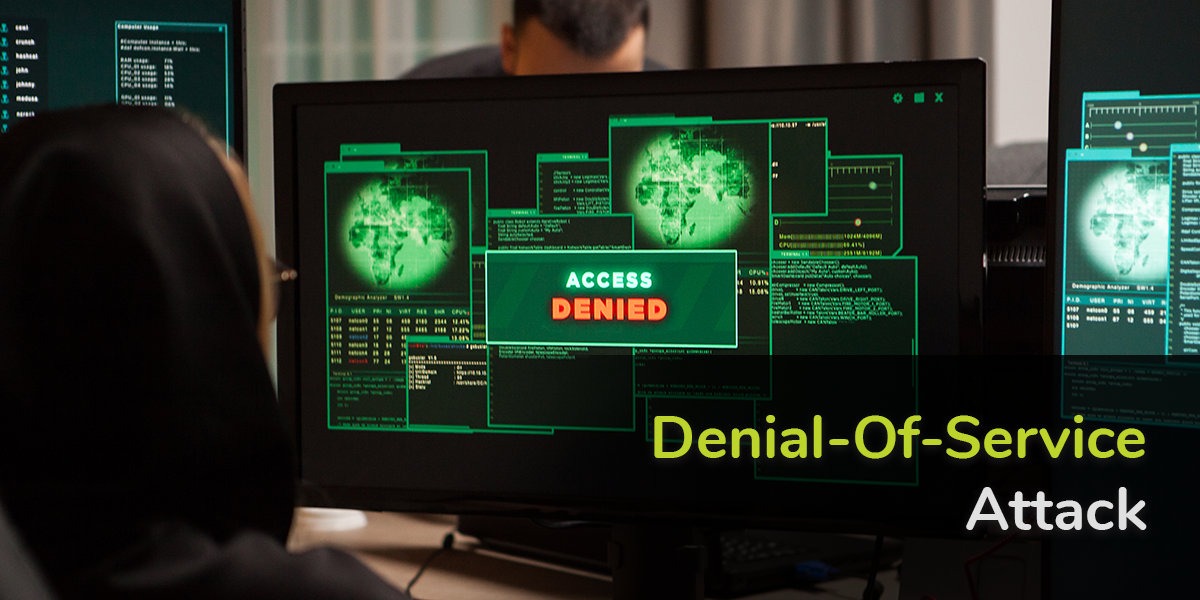 Why A Denial-Of-Service Attack Can Be Dangerous

One of the most destructive weapons online is a distributed denial-of-service (DDoS) attack. When a website is said to have been “taken down by hackers,” it is usually a DDoS attack. In a nutshell, this implies that hackers sought to render a webpage or system inaccessible by overloading or crashing it with too much activity.

What Exactly Is A Distributed Denial-Of-Service (DDoS) Attack?

Operations against websites and online services are known as distributed denial-of-service (DDoS) attacks. The goal is to flood them with traffic that exceeds the site’s or network’s capacity. The intention is to make the site or provider unusable. The targets are blackmailed with a DDoS attack or harassed. It is sometimes an extortion threat of a more catastrophic assault with a cryptocurrency ransom.

Because there are so many more smart gadgets linked to the Internet nowadays, hackers have a far larger number of targets to control and manipulate. In addition, millions of laptops, smart TVs, or appliances may be used in operation. With so many companies relying on wireless connectivity and Internet access, the DDoS problem has grown exponentially.

What Makes A DDoS Attack So Dangerous?

DDoS attacks pose a major risk to organizational sustainability. As companies’ reliance on the Internet and web-based software and services has grown, accessibility has become as critical as power.

When a publicly accessible website or application is down, it can result in disgruntled consumers, lost income, and brand harm. When mission-critical apps go down, services and output come to a standstill. Internal websites on which customers rely cause supply chain and manufacturing interruption.

DDoS attacks are no longer merely intended to disrupt service; they are also used as a smokescreen to conceal other cyber-attacks, such as security breaches and financial theft. DDoS attacks have occurred concurrently in a high fraction of data theft recorded in recent years, as part of a larger plan.

In some situations, DDoS attempts are employed as a distraction to divert the attention of the company’s security staff and conceal even more harmful malicious actions. As a result, companies should be careful of claiming that their software solutions have not been harmed by a DDoS attack, as this may be very tough to verify.

The First Step In Preventing An Attack

As with any security issue, the first step is to analyze your present position to evaluate how much risk you are willing to accept. For example, what would happen to your organization if your system was down for five days?

To stay up with the increasing sophistication of threats, organizations must retain complete visibility throughout their networks. Therefore, companies should choose an IT service and solution provider that has a risk assessment and DDoS monitoring technology that identifies and eliminates all possible DDoS intrusions as they occur.

Teckpath believes that the best approach to defend your services from advanced DDoS attacks is to build a multi-layer defence system comprising purpose-built DDoS mitigation technologies. Only a highly integrated, multi-layer protection can adequately protect your company from the full range of DDoS attacks.