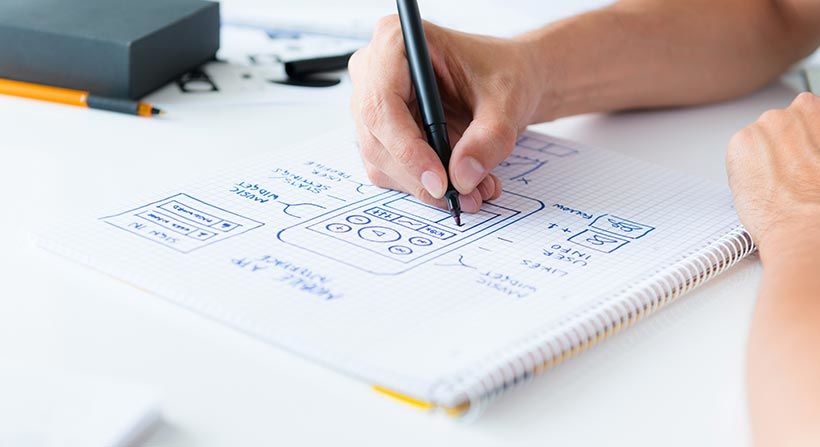 One of the foremost mistakes small businesses suffer from is the lack of technical support or inadequate technical support, Instead of hiring an employee who would be the ‘techie’ in the company simply because he loves his craft, they rely on a friend or relative to provide technical assistance. Some even turn to the support line of their hardware manufacturer only to disappointingly find that most of the solutions offered would result in a re-installation, which has the business owner lose a lot of critical data. There are a few other business owners who rely on the service arm of an electronic store which most of the time has an inexperienced and under-educated technician looking into their technical woes. All of these do not work out to be cost-effective.

Setting the live cycle of a PC at three or four years is what smart organizations do. Dairn Stahl, Info-tech research group analyst says “When you look at costs—particularly around a four- to six-year lifecycle—it may seem like you are saving money, but really it’s costing you, because support expenses increase.” The failure to standardize hardware and software components have small organizations struggle with trouble shooting,  with the need to manage different renewal dates, and license terms. Besides, old and obsolete systems are prone to slow down and increase maintenance costs substantially. Most importantly they feed customer and employee frustration and threaten sales and new business opportunities.

Power outages cause significant damage to expensive electronic components and result in loss of data. Frequent brownouts and surges impact and reduce the lifespan of printers, computers, and other electronic equipment. Many businesses rely on surge suppressors that have been deployed 5 or sometimes even 10 years earlier. When disasters like thunderstorms, electrical outages strike, the resulting downtime, damaged systems and lost and corrupted data can prove costly for the organization.

Understanding licensing requirements can be confusing for many business owners when it comes to trying to understand the differences between OEM, retail and open license software. Time and again you can find manufacturers locking down licenses and penalizing offenders with a fine. The BSA has collected closed to $81 million in just settlements. Some firms are unaware that they do not own the license and that it is commonly shared. Firms face problems in the form of penalties, audits and delays that are caused by licensing and product activation.

Lack or insufficient training ranks fifth among the most common tech mistakes.  Boredom, bad classroom experiences, lack of learning interest and complexity can be one of the reasons why employees would sulk when software training is mentioned in any conference room.  It is estimated that staff do not know 80% of the features on any given software kit especially features that talk about time-saving and cost reduction. This lack of knowledge of the software application results in gross inefficiencies like doing automated functions manually, and repetitive data entry. The practice also increases errors thereby consuming man-hours and significantly increasing costs.

The Infonetics Research’s Costs of Network Security Attacks Report states that large US organizations lose close to a staggering 2.2% of their annual income due to network security attacks. Now that is definitely expensive! The FBI reports that the US industry loses an estimated $400 billion because of computer crime.  Hackers do not necessarily target big organizations, they have created innumerable programs that run across the length and breadth of the internet 24*7 targeting inadequately secured networks, PC’s, servers and poorly secured systems.  Organizations that fail to have a secured network and system are prone to data and identity theft and robotic attacks. It is organizations who fail to protect customer and client data that suffer the most as they lose their name and goodwill.

Data Backup is critical and proves costly for the organization when ignored or strategized poorly. Statistics reveal that close to 50% of companies will cease its operations when critical data is lost. We also have statistics telling us that there is a 90% chance that these companies will fail during the first two years of critical data loss. On an average data loss will cost 19 days of productivity. While data recovery from damaged disks prove expensive, sometimes even small organizations who believe they have the right back-up strategy also find themselves at risk. However, there are many simple steps that small organizations can opt for in order to have a good backup strategy.

Unprotected PC’s are infected within 8 minutes of connecting to the internet as reported by the BBC. Now that’s quick! Exposure to viruses cost small organizations a lot of time and money. Paul Bocij in his book “The Dark Side of the Internet” says that it is estimated that an average virus attack can cost the organization close to $2500 in recovery and remediation expenses. It looks like the problem is getting worse, as the type and number of threats are on the rise. It costs businesses $99000 per incident as stated in a report by the ICSA labs. Need more alarming data? The National Cyber Security Alliance revealed that a 15% of the respondents surveyed, had no antivirus program installed and a staggering 67% did not have an updated version of the anti-virus program.

Spyware infections cost small organizations a whopping $8000 a year, without factoring lost revenue and two and a half days resolve every time they are struck by Spyware, states the CompTIA.  Unlike Virus exposure which corrupts your system and gives remote access to hackers to control your system, spyware aims to collect sensitive user information and display unwanted advertisements on your computer. Spyware also has productivity suffering. The Comp TIA reports that more than a third of the businesses surveyed, stated that their productivity was hit because of spyware infections and that they were hit multiple times in a period of 6 months. Some of them reported to have been hit by Spyware as many as 10 times!

$20 billion a year is the cost businesses have to bear because of spam and unsolicited email as stated by the Radicatti Research Group. Small businesses invest a lot of time, money and resources in sorting, processing and sometimes even storing spam mails. Spam mails do not just lower productivity but also has staff sifting through hundreds of junk mails to find legitimate emails. Spam consumes untold gigabytes. Spam is a serious issue for small organization as they will have to spend valuable resources like servers and disk space for junk mails.

Why Managed IT Services Is Essential For Businesses?